The story of how an apple pie saved me - first published in Skirt! Magazine.

Grief is a master of disguise. Like a vampire, it drains self-respect until you’re openly sobbing in the grocery store because they're out of spray butter.  It masquerades as a hypnotist, fixing your gaze on one small patch of sofa for days. It is a ninja, ambushing as you walk into a room that used to feel less empty.

Sometimes, grief is a pastry chef.

Divorce and a string of family deaths had made 1999 a hard year for me. Trying to recreate my Great-Grandmom's apple pie recipe seemed a pro-active way to break my slide into depression. Every birthday and Christmas dinner of my childhood ended with Great-Grandmom's apple pie, and these were all happy times, unless you were hoping for cake. If you wanted cake, you were out of luck until my brother's birthday.

Grief had planted that seed in my head. I realized that somewhere around pie number thirteen. HA. Great-Grandmom's kitchen was rimmed with an impressive salt and pepper shaker collection, filled with old cloth calendars-turned dish towels, and covered by an asbestos tile floor, but you'd be hard-pressed to find a white flag anywhere.  When Mom-Mom danced off with the coveted recipe, Great-Grandmom smoothed out her housedress with her impossibly large German hands, sat down at her chrome-legged kitchen table, and laughed herself silly.

She might as well as given Mom-Mom directions for Shepherd's Pie, for all that slip of paper had in common with the real apple pie recipe.

Not long after, Great-Grandmom died, the real recipe locked beneath her steel-gray curls.

I could taste their disdain for each other as I sampled my first attempt at the faux recipe. The filling had no magic; the crust, leaden.

The crust I could cure. My Nanny, my mother's mother, had a perfect crust. Nanny had no animosity towards her own daughter, so that recipe I could trust.

Over the next week I made 16 pies, each time tweaking the ingredients to no avail. Roma apples, green apples, gala apples. I had gotten very close with a combination of gala and green apples, but still, the pie lacked something. Something that made it Great-Grandmom's apple pie.

Grief had turned me into an obsessive-compulsive pie-baking lunatic.

I found myself sitting in defeat, flour coating my kitchen like Christmas morning snow, sipping on a bourbon.  I dribbled the last of the bourbon into my glass. Not only had I not recreated the pie, but now I was out of bourbon.

I could hear Grief's buddies Maudlin and Self-Pity knocking on the door.

My eyes fell on a cheap bottle of Canadian whiskey. It wasn't something I drank, but I had this romantic idea that someday an elderly neighbor would stop by and tell me stories about the Great War, and I would be the perfect hostess, trotting out the Seagram's Seven.

I opened the whiskey and inhaled. Nope. I started tightening the cap, but... that smell. Somewhere in my sad, foggy brain, a bulb began to glow.

I leapt to my feet and prepared the crust for another pie and added a cup of whiskey to the filling.  As it baked I cleaned. I cleaned the flour off the walls and floor. I put the dishes in the dishwasher. I moved into other rooms, picking up weeks of clothes, scattered books and photos.  As the pie cooled, I resisted the urge to burn my tongue and pushed myself to clean more. Finally, I took a long hot shower and removed the flour from my face and the pie dough from my fingernails.

Towel drying my hair, the smell of warm apple pie led me back into the kitchen, the scent different than the pungent combination of apple and defeat that had hung in the air for the last week. I closed my eyes and pictured the red table cloth at Christmas, my mother's good china coffee cups sitting in front of each family member, an apple pie plate placed in front of me.

I cut into the dessert and tasted.

I had recreated the pie.

An intoxicating aroma hugged my kitchen like the embrace of a big German grandmother.

The calendar on the wall reminded me the ladies' book club that I used to enjoy was scheduled for the next evening.  I had been hiding, Grief and I. It was time to go out.

The next morning I stocked up at the grocery store and started baking more pies. I made one for each of the six ladies of book club. Moans of joy filled the air as they took their first forkfuls, and my heart swelled with happiness. Mission accomplished.

Driving home after book club, triumphant and lost in my thoughts, I didn't at first notice the red and blue lights flashing behind me.  I'd been speeding. My stomach lurched. I pulled over.

As the officer leaned into my window I saw him pause and sniff the air.

"Have you been drinking tonight?" he asked.

I smiled, knowing I hadn't had a drop to drink that night. The quest to dull my pain had been accomplished by pie, no alcohol required.

"Your car smells like whiskey," said the officer, raising an eyebrow.

"Pies," I said. "I took everyone in my book club apple pies made with whiskey for Christmas. I'm sure the car smells like a distillery."

The officer nodded and looked away, the corner of his mouth curling to form a barely perceptible grin.

"My grandmother had booze in her pies too," he said. Without further argument, he handed me back my license, and sent me off with a warning.

The apple pie defense had set me free.

Mix all together and then add the water until the consistency is good (not dry and crumbly, not wet and sticky.) MUST BE ICE WATER. Don’t mess with that.

Mix everything EXCEPT the apples & butter, and then pour onto the apples and mix up.  Any whiskey will do, I find cheap old Canadian Club works best.   Split the ball o’crust pastry in half, roll out half of it and line a greased pie plate with it.  Pinch the edges between your thumb and index finger to make that cool little ribbon crust edge. Bake it for a little bit – maybe 5-10 minutes just to give it a head start – meanwhile, roll out the top crust.   Take the apple pie crust out of the oven. Use oven mitts or you’ll burn the hell out of your hands, unless you have big calloused man-hands like my grandmother did. Put the apple pie filling in, cut up a stick of butter into pats and sit them all over the top, put the top crust on, do the pinchy thing again to seal the edges.  I like to put a little egg wash or just smear a little butter on the top and sprinkle a little sugar on the crust top, too.   Bake 40 minutes at 425 degrees. 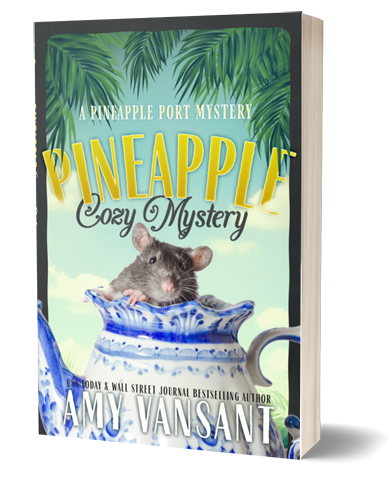